Tomorrow will be our official launch of a new service we’re calling “Brand Jam.” The idea is to take a client’s brand from concept to realization in one day… or “Jam Session.” Normally this process takes more than six weeks. However, with time or money being a constraint, we’re able to get the client up and running with a solid brand platform, in the course of a day. With the client present for the entire process, they’re able to give immediate feedback and buy-in, which expedites the whole affair.

We often talk about a logo’s equity, and how much it has earned with your employees, vendors and most of all, your customers. Seeing a logo and witnessing how it has managed to remain effective over many years shows that a good design has a timeless return-on-investment. An effective logo design is both important and valuable. Below are five lessons that will help you find an effective logo design.

The ADDY Awards are known for recognizing excellence in advertising and design, and we’ve been fortunate to receive enough over the years to cover a wall in our office. So, without further ado, we’re proud to announce that out of the four submissions we entered, we won all, plus a prestigious Judge’s Choice Award! Cheers to that!

This was a recent brand refresh for photographer Simon Dale. Design includes logo with icon, and overall style that could be incorporated into his visual branding.

Over the weekend I went to Walt Disney World’s Magic Kingdom for the first time in nearly a decade. Being a Florida resident and having friends and family that intend to go over the next couple of months, I decided to snatch up the current deal they’re offering. The price is pretty unbelievable. I tell you that, because I’m not a huge fan of things that are Disney and wouldn’t normally go if I had to pay full ticket price. I mostly view Disney as this huge corporate money-making monster that makes decent films based off of old attractions. (Side note, my fingers are crossed for a few good Star Wars movies in the future!) Opinions aside, you can’t deny that Disney is one of the world’s more recognizable brands. They also do a pretty good job at maintaining it. When we see a Disney film today we expect a higher level of quality and entertainment. When shelling out the dough to visit one of their theme parks and resorts, we expect to experience “the happiest place on earth.” That’s a major promise to make, and it takes a huge amount of consistency, attention to detail, money and hard work to maintain that.

Here is a list of links that are cool and noteworthy.

Nearly a year ago Andy and Rob put together a little group called “Blood, Sweat &amp; Beers.” It’s purpose is to bring together the creative forces in Palm Beach County, where the creative community is very fragmented, and to share war stories, collaborate on projects, get inspired, and of course… have fun! Last night was no exception. The group met at the Wine Dive on Clematis and over a few pints discussed some of the trends we’re all experiencing and working with in marketing and advertising. Here are a few snapshots from the event.

The Origins of Creative Insight & Why You Need Grit 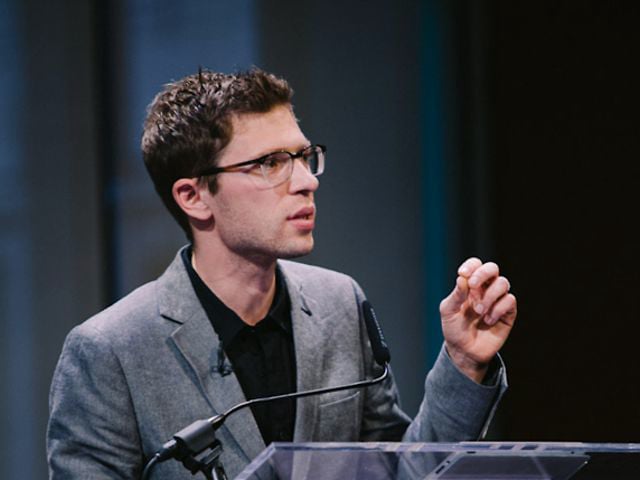 Jonah Lehrer was a speaker at a Conference in New York that Robert and Andy attended this past May. He spoke about how “The answer will only arrive after we stop looking for it.” Examining recent research into what drives creative insights, Lehrer breaks down how and why we have “aha!” moments, using examples that range from Bob Dylan writing “Like A Rolling Stone” to a Tibetan monk’s zen puzzle-solving powers.

I hear it all of the time, “I don’t know what that bar-code thingy is,” or more importantly and frequently I hear “I don’t know what I’m supposed to do with it.” A little history lesson to get you up to speed. QR stands for “quick response.” That is, because you get instant gratification when you scan that little bugger with your phone’s app and camera. Now that nearly 42 percent of all Americans are using a Smartphone (and that number doubled from 2011 to 2012), we can expect more of those ugly little boxes to be popping up everywhere, from good places (storefronts) to the bad (billboards.) Yes, I’ve actually seen a QR code on a billboard… located on a highway! So, needless to say that not all QR codes are being used in a practical or safe way. Placing a QR code on your ad or on your business card may make you seem modern, tech-y or “with it,” but did you know that in August of 2011 it was estimated that only six percent of all smartphone users actually scanned QR codes? Again, since then we’ve doubled the amount of smartphone users in the US, so let’s be generous and make that number 12 percent for 2012.  That’s actually quite a few users, but still not as impressive as some are making it out to be. We’ll delve deeper into users in a minute.

Social Media Is Not For Everyone

Is your company on Facebook, Twitter or Foursquare? No? Well, that might be ok. One of the most common things we hear from new and old clients alike is how they want to have a strong presence in social media. Typically the clients we work with can benefit from one, but not all can. Here are some things to think about before you either spend the time creating a new fan page, or invest hours posting content, statuses and getting fans.